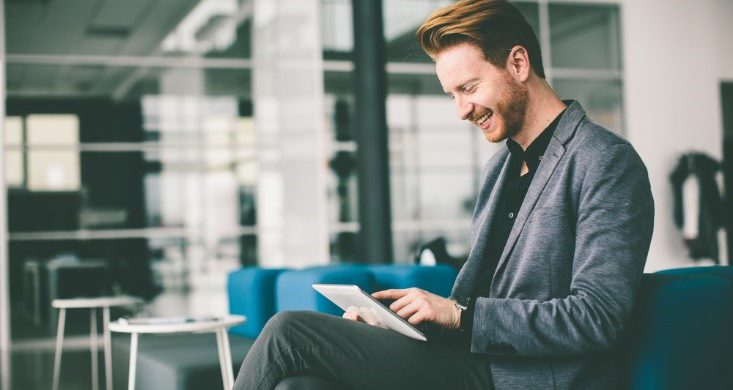 The most important factor at every new product’s inception is for the people developing that product to believe in it.

You have to believe that your product can do better than any alternative and will offer a unique value that no other product has ever done.

Believe in your Product

But in order to believe in a product you make, this product must have a direct impact in your personal life – something that you personally would use to solve a problem you’re dealing with.

Just like school, a lot of people don’t remember most of what they’ve studied in school because it didn’t directly impact their lives, they didn’t have any emotional attachment to what they were learning, it was dull, conceptual and abstract, so they forgot all about it, even if they were excellent students.

Let’s look at some of the most successful products out there, like eBay, its inception and creator and how it ended up being eBay!

eBay was developed by Pierre Omidyar. Let’s talk about his journey and how he ended up with one of the biggest multinational e-commerce platforms in the world.

Omidyar was a software engineer who started in the early 90s by developing software for Apple Macintosh. Then he decided to start his company with a couple of his friends and his dream project was to develop software for pen-computing.

But luckily on the side, Omidyar had another project that he was actually emotionally invested in – a project that he built for his wife who was a Pez dispenser enthusiast and collector. She was frustrated with the internet and her search to find other Pez collectors. In an effort to help his wife, Omidyar created an area on his website for her to reach out to other Pez collectors and network with other like-minded people in the collector arena.

And that was the beginning of eBay, an e-commerce website for collectors to exchange goods. He was surprised when he was notified by his internet service providers who informed him, he would need to upgrade to a business account due to the high volume of traffic to his website. The resulting price increase (from $30/month to $250) prompted him to start charging those who used eBay, which, incidentally, was not met with any animosity.

Charging customers resulted in hiring more people, the company has grown bigger and better and today its net revenue is over 9 billion dollars.

It’s the emotional attachment and the heart in your products that constructs the “secret sauce” to making it a successful one.

Because, while we think we are so different from one another – in reality, we are very similar, we share similar interests, we feel the same feelings – fear, love, anger and everything in between, and our experiences aren’t as unique as we think they are. Once we have created a product out of these personal experiences, others who have similar experiences will gravitate towards that product, because it solves a problem for them that they may or may not have been able to articulate or solve by themselves.

A product succeeds when its fully tested over and over again, and when the developer of the product is one of its users, then you have the best quality assurance engineer to guarantee that product actually works!

Developing software that you have no emotional attachment to, then testing it is a bad idea, simply because you will never be able to put yourself in the product’s target user’s shoes.

That’s why releasing alpha and beta versions of products and targeting a portion of end-users to do some market studying became very popular as we grew and learned more and more about how to get better feedback on what we create.

When asked: “Why did you start Facebook?” Zuckerberg answered: “[On the internet] You could find music; you could find news; you could find information, but you couldn’t find and connect with the people that you cared about, which as people is actually the most important thing.”

Build Something You Care About

If you look at the most successful products out there, you will find a deep emotional attachment behind each of them – and that should be a fundamental part in whatever you’re building.

If you pay close attention to Steve Jobs’ speeches to the developers and engineers at Apple, he almost religiously repeated the same sentence: “Build something you care about”.

These phrases matter because no matter how smart the people who are building other products are, no matter how many resources they have, their products won’t succeed if they don’t emotionally invest and are not passionate about what they are building.

There are so many differences between the two, it makes one person willing to invest more time and effort and push harder than an 8-5 employee.

It makes a person willing to go the extra mile even if no one was looking, they do it to apply themselves and explore how far their genius could take them. It’s a personal journey, a personal product – they fell in love with the process regardless of the outcome.

They believed it’s the right thing to do, even if all the odds were against them.

Elon Musk says: “When something is important enough, you do it. Even if the odds are not in your favor”

This concludes my series on entrepreneurial innovative engineering – things I’ve learned and wanted to share with the world. And I have no shred of doubt there’s still a ton more to learn out there. It’s all about the journey of an engineer from the moment they write a “Hello, World” program to the moment they release their million-user product that changes the world.

This is my documentation to the patterns I’ve seen being in the industry myself, from design to development and from architecture to deployment … and beyond.