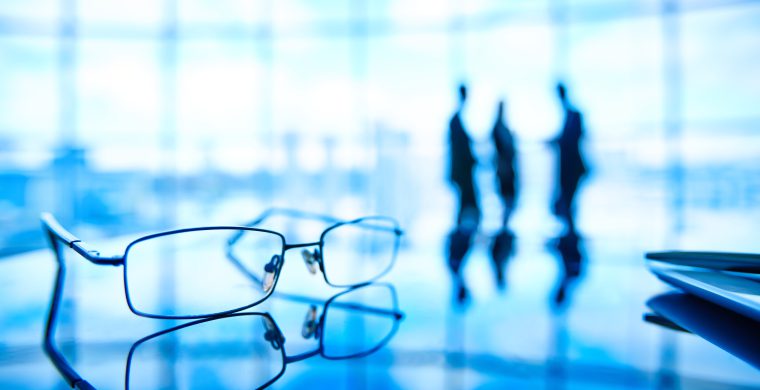 In the tech industry, organizational patterns emerge from certain structures that can be easily observed and analyzed. This industry operates as a living, breathing organism. It evolves, mutates, and adapts to the trends and changes that are happening on daily-basis.
In my personal experience, the industry that is now over a hundred years old have taught me about the type of leaders that drive or be driven by these very patterns.
The tech industry operates by three different types of individuals. Visionaries, Leaders, and Believers. You may hear about some of them in the news, and you may be leveraging some of their innovations, but you’ve certainly interacted or been impacted by some of them at least once in your life whether you’re interested in tech or not.
It is important to understand the difference between these types of individuals to ensure one’s time and effort is invested in the right place at the right direction to fulfill a greater purpose.
Let’s talk about these types and the accompanied patterns of leadership in this article.

The first and most important type of leaders in the tech industry are the visionaries. They are the innovators that push the wheel of evolution forward every day. They are the precursor to every evolutionary step for humanity in its journey in this universe.
Visionaries can push innovations through the physical, intellectual, and spiritual spheres. It appeals to their meticulous nature the very detail of evolution. And while some may see their innovations as “products” – these visionaries see patterns. Patterns of growth towards an infinite horizon.
Visionaries are the reason behind every great invention we have today. They are the energy that powers the lightbulb inspiring everyone to follow suit.
But visionaries are not always welcomed. They may be attacked, ridiculed, or even persecuted. History tells many tales about visionaries in the past who have been persecuted and murdered because of their visions. Visionaries such as Al Razi, Michael Servetus, Henry Oldenburg and of course the very popular Galileo Galilei.
The reason why visionaries are not always welcomed is because they trigger the ego in the hearts of selfish leaders. Leaders who know that a visionary is much better than them. Much more worthy to lead humanity. Chaotic selfish leaders seek to destroy those who are trying to change the world to establish their authority and feed their ego.
But the thing about a vision is that it creates courageous hearts. Hearts willing to go through pain and suffering to deliver the message. I’ve been perusing through historical incidents where visionaries are showing some of the strongest faiths and most courageous hearts ever known in history. It seemed as if there was a correlation between the brightness of the vision and strength of faith in the heart.

Vision gives life true meaning. It gives its carrier a heavy burden but also a true purpose. A great challenge but also pure strength and courage. Having a vision is an honor that someone was chosen to carry that heavy weight to push humanity forward to the next level.
Nikola Tesla was Betrayed by his boss after only a few months on the job, Tesla struck out on his own. He quit as Edison’s apprentice not only because he felt “cheated” but, as the documentary explained, because he felt “soiled” by Edison’s greed. Tesla’s death remains till this day a mystery with little to no information released to the public.
Some visionaries take the burden and face the world with their ideas and take the fall. But some others falter. They give up the higher for the lower. They live with guilt and shame for the rest of their lives.
That’s because having a vision alone is not enough. A vision needs strength and courage to be driven through the chaos in world of man. Our world has, is and always been filled with agents of chaos. Men driven by their egos and hatred to anyone or anything that is superior to them. These men are too weak to be supportive leaders of the vision. They are too proud to be believers.
Having a vision alone is never enough. A vision needs leadership for it to survive and spread everywhere. Let’s talk about leadership in this next section.

Leaders are the source of power and influence wherever they go. They are dedicated courageous and powerful individuals that drive the change they believe in everywhere they go. Leaders are the type of individuals that are willing to face any challenges with a smile on their faces, faith in their hearts and conviction in their minds.
Leaders don’t falter. Given up. Or surrender. They inspire the masses with their courage. And ignite the flame of faith in the hearts of their followers.
Leaders don’t always have a vision on their own. But they certainly choose to follow the best vision they could find and believe in it. They dedicate themselves to the vision and vouch to materialize it in the real world.
But leaders are also those who have not been infected with power. Power and authority didn’t make it through to their hearts. They understood that power is a responsibility not a privilege. They also understood that they have been given that power for a purpose. And that purpose is driven by the vision that lights up the way for humanity towards a new horizon and a new era.
Some leaders follow through and materialize the vision. And some others falter and fall victims to the chaos. They turn from leaders to avatars. Puppets controlled by higher forces of authority. And they become whatever these higher forces may be. If these higher forces are chaotic and misguided, these puppets become exactly a copy of their leadership. They don’t question or try to standup for their followers. They throw everyone under the bus to appease their leaders. The care about no one but themselves and their own self-interests.
Avatars live amongst us. They dress up like leaders or visionaries. But they carry neither. I’ve come across so-called leaders who think that their sole purpose is to trade their time for money. They’ll do whatever needed to make more and believe less. They stand for no principle. They believe in no vision. And they care about no one, except for themselves of course.
Avatars are just copies of their leaders. They are puppets. Whatever their leaders say is the truth without a question. Even if deep down they know it isn’t. Avatars are the most dangerous type of leaders. They extend the influence of chaos wherever they go. And enforce the notion of disbelief. They cancel their minds and hearts and follow their survival instincts even if the fate of humanity was the option they’re giving up.
Avatars conflict with Leaders is inevitable, Unavoidable, and destined. Because leaders understand that the vision is the truth, even if it doesn’t benefit them personally. While avatars believe the truth is whatever serves their interests. This fundamental difference is at the core of the balance between forces of truth in goodness and falsehood in chaos everywhere.
Leaders are influenced by vision. They standup for what they believe in even if they were the last on earth. But vision empowers a whole new set of individuals in our world today, the Believers. Let’s talk about this type of individuals in the next section.

Believers are the true source of power everywhere. The masses guided by enlightened leaders changing the face of the earth once more. Believers are every individual who believes in the vision and follows a guided leader for as long as they stay committed to that very same vision.
They are not avatars or puppets. They hold their leaders and visionaries responsible once they diverge from the path. They question their leadership and present their ideas fearlessly. Believers are the infinite ever giving source of leaders and future visionaries. They know their part in the big equation of evolution. They source of power comes from their hearts not from individuals whether leaders may they be or visionaries.
Believers are also the ones who materialize every vision. They are the engineers that pick up the designs and ideas and turn it into technology that can be used everywhere.
But Believers are also the future visionaries and leaders in our world today. They are the one eager to learn. Going the extra mile to understand the vision and influence leadership to stay true to that very same vision. They create environments of compassion, love and support for everyone around them. They are the ones doing the heavy lifting in any evolutionary process.
Believers are seen by the leaders of chaos as the weak persuadable individuals. They get ridiculed and mocked for following the vision. They get told they are nothing but puppets, mindlessly following without questioning. They are the ones that heavily face the force of chaos at its full. And their faith gets tested the most. They, however, never falter or deteriorate from the path. They can see right through the chaos. I could see it in the smiles on their faces, that they can read right through an egotistical avatar (so-called leader).
Believers are the fuel of every evolutionary process.
But on the opposite side sits the Disbelievers. Individuals who lost faith in themselves. Their self-doubt has put them in a dark place where they lost hope to become a part of anything evolutionary. They fall easily as victims to the leaders of chaos. They’ll do whatever it takes to get a small sense of accomplishment in their miserable dark paths. They refuse to join in on the vision. They settle for less. And go on to invite the Believers to join them so they don’t feel so lonely in their paths.
Some Believers fall victims to the war of doubts driven by chaos. Some resolve to their leaders and visionaries for guidance. And some others fend off for themselves. These are the future leaders and visionaries. They have strength in their hearts to lead others. And strong conviction in their minds to ignite a new vision that promises a new world. A better future for humanity.
Believers are the strongest followers for the present. And the best Leaders for the future.
The tech industry is a market of ideas. Some of these ideas turn into visions. Some turn into convictions. And some materialize into true change in our world today. But some just end up being dreams. With no conviction or faith. No investment or vision. A dozen for a dime.
Our world never evolves based on just dreams. Our ideas can never materialize without conviction, dedication, and sacrifice. Having a great idea isn’t enough. Having a bright vision isn’t enough. It takes leadership, belief and true investment and risk to change anything anywhere since the beginning.
I’ve come to appreciate every innovation that led us to where we are today because of the sacrifice that each and every one of these innovations took to get us here. From electricity to cars and from internet to operating systems and applications. It all took hard work, faith and sacrifice.
As I talk to people in our industry especially the younger the generations, I see a bright future ahead of us. I see more vision than chaos. I see more honesty than deception. I see more faith than denial and ego.
The next generation of engineers are posed to inherit the earth. They will have more power than we’ve ever dreamed of. They will guide our world and turn humanity into space-bearing civilization. When we concur all the challenges that threaten the survival of our kind, our evolution and fulfillment.

I hope to be there to witness such great celebration …